Microsoft Office Lens is one of my favourite and most useful apps. Check out my mini-review of this must have app. 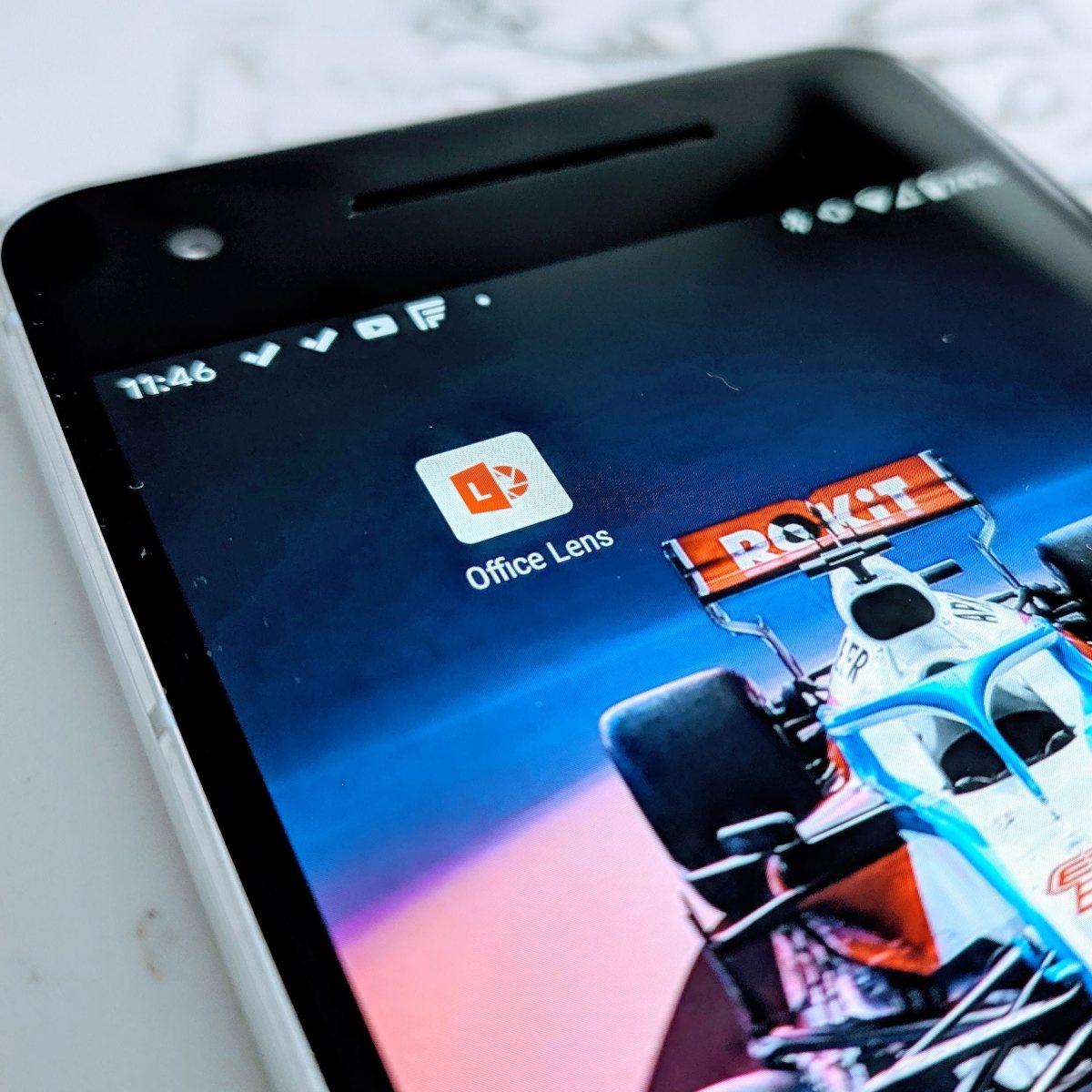 My wife and I have recently embarked on a Marie Kondo-Esque type clean up of our house. We moved in just over a year ago, and like with any move, many boxes of miscellaneous things ended up shoved into the storage rooms of the basement. As a result, more and more junk ended up was added to those rooms. Inevitably, the storage rooms were a complete nightmare. Our messy storage room, amplified by the welcoming of twins to the family (five kids now in total), started to spread into the rest of the basement. It was time to do something! It was time to be ruthless and finally rid ourselves of all of those things that would have been sure to spend many more years in a box.

One of those many things in boxes were old pictures, documents, schoolwork, certificates, awards, etc. Were we ever going to display them? Read them? Use them in any way, shape or form? The answer was NO. We didn’t want to throw out all of these memories, but the idea of scanning them on our now antiquated HP all-in-one wasn’t an inspiring option either. My wife suggested to me to take pictures of the papers we were planning to toss, but me being me, I had to find a more technologically involved method.

I had considered Google’s photo scanning app but, having tried that in the past, I decided it was a non-starter. Google’s offering requires you to take four shots of the same picture to capture it. Nope, not happening!

Enter yet another Microsoft app tucked away in my app drawer rose to the occasion to save the day. Microsoft Office Lens.

What is Microsoft Office Lens?

You can think of this app as a document scanner for your phone but backed by robust, well-thought software. Thanks to the far more powerful camera on your smartphone, results are better than the scanner attached to your printer.

Using Lens is as simple as using your camera. Open the app, line up the document, picture whiteboard or business card you are trying to capture and click.

As you can see in the image, lining up, the whiteboard, or whatever you are capturing, doesn’t require a perfectly aligned head-on shot. Shooting from the side will yield the same result.

Connects to All The Things

I initially used Lens to capture whiteboards in meetings at work. Since then, Microsoft has added a lot of features that make it appealing to use for personal reasons too. For example, this house clean up and capturing old school work and pictures from years past. Having the ability to seamlessly switch from personal and work accounts is a big value ad for Lens

Lens lets you save a document in a handful of different locations and file formats at the same time. After capturing the image, you can save the output as a PDF or JPEG to your OneDrive account, add as an image to a OneNote notebook, add to a PowerPoint slide, save to your phones camera roll or if it is a text-based document use Microsoft word and OCR to output as an editable text document.

Overall, I have found Office Lens to be a big help at home and at work. It is available for download on Android and iOS at the links below.