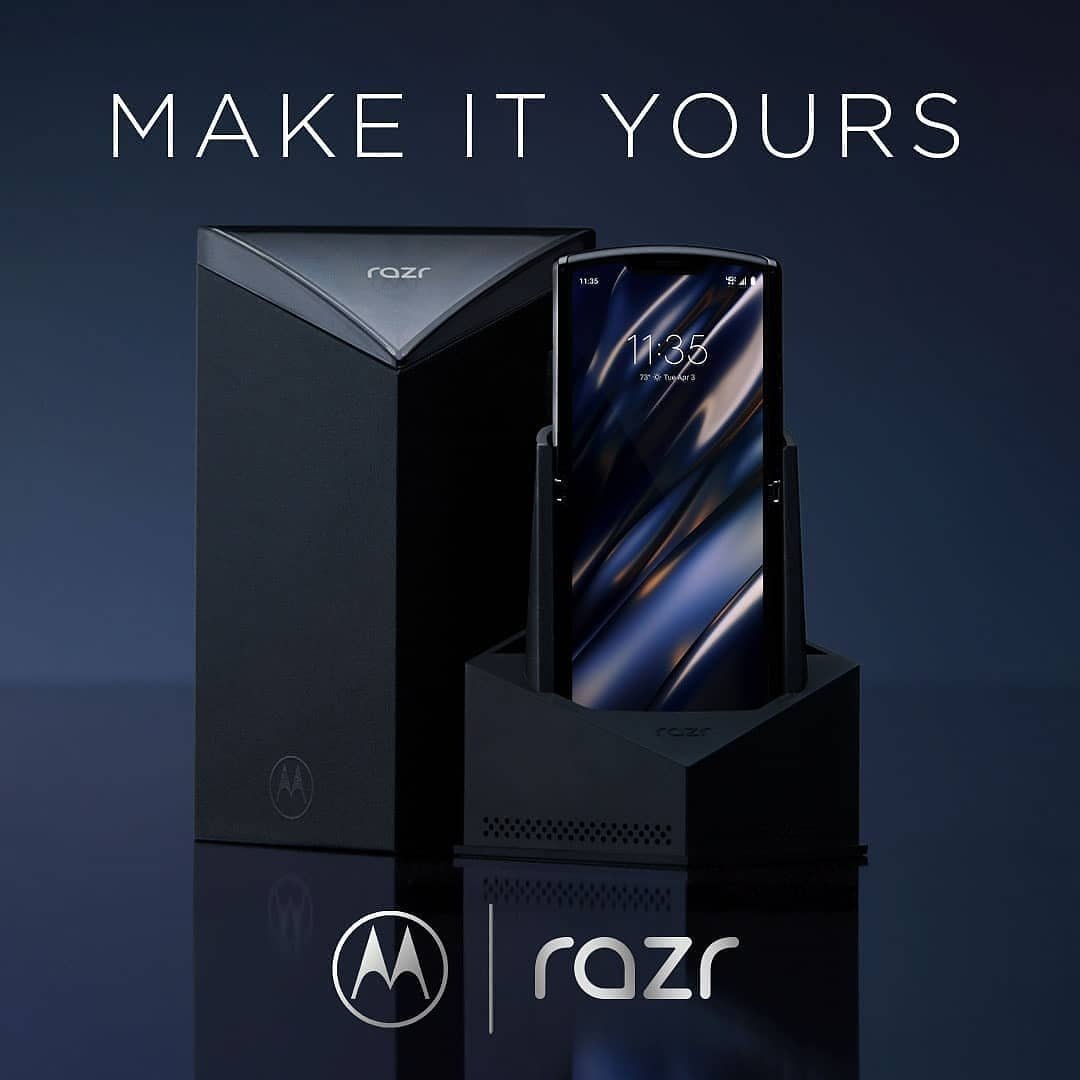 After being release a few months ago in the United States, the Motorola Razr is finally available in Canada. Although, only at select retailers.

Starting on April 17th the reincarnation of the original Razr is available from Telus Mobility and Freedom Mobile.

At the time I am posting this article, the Razr is not available to be purchased outright as an unlocked phone. And according to Motorola’s PR, it won’t be made available as an unlocked unit. It can be purchased outright from Telus or Freedom, but that will come at a pretty hefty price compared to if the likes of Amazon we’re selling the new Razr.

Another consideration with the Razr is it’s eSIM. With no ability to insert your own SIM card, using with your carrier may be a challenge.

Motorola hasn’t sent out review units on the Razr at the time this post goes live, and I have the feeling they won’t based on the launch in the US and the scarcity of review devices in that Maker. However, if that changes I will be reviewing for sure. I’m a big Motorola fan and would love to take Razr out for a spin!

What are your thoughts? Any plans to purchase the Razr?

The new Razr is coming soon. Check out some of the Razrs camera tricks! 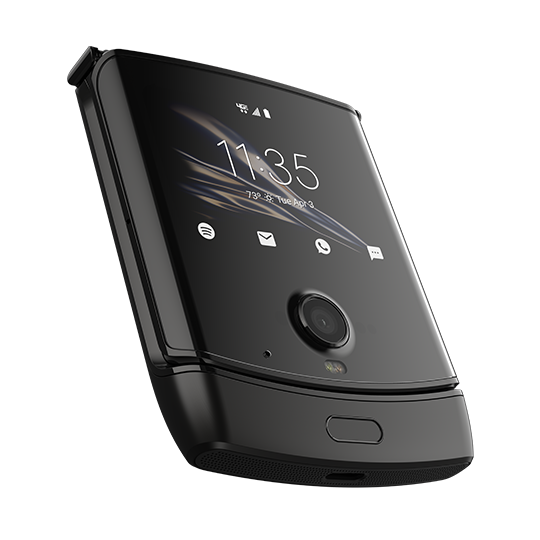 As Razr Release day nears, February 6th for those in the US, Motorola has posted a series of YouTube videos showcasing some the features and functions of the highly anticipated folding smartphone. In this video, below, Motorola highlights some of the camera functionality found in the Razr.

A lot of these features can be found in every other recent Motorola smartphone such as Smile Selfie, Portrait Mode, and Night Vision. Some new and notable additions are Portrait Lighting and one that is going to be key for me (and my five kids), Camera Cartoon. This feature uses to external display to show a cartoon smiley face which will help to keep everyone’s attention while capturing the perfect shot.

A lot of really fun features are packed into Motorola cameras, but we will need to wait and see if the camera quality is there or not.

The new Moto Razr is coming soon! Moto has shown off some new features including the box doubling as a nightstand amplifier. Motorola’s new Razr is due in the US on February 6th, with other areas coming soon thereafter. As we get closer to the launch date Motorola US has started dropping videos on their YouTube channel highlighting some of the features of the Razr.

In this first video we see what the unboxing experience looks like. The video is short, but shows that the Razr comes bundled with a Turbo Power charger, “Razr Earbuds”, which will likely be USB Type-C, an accessory carrying case and a “Nightstand Amplifier”. Ok, it actually doesn’t come with that, but they are saying the box doubles as one. Motorola didn’t share anything more than that, so we will need to wait and see what this amplifier really does. I think we can likely assume it will simply function as an ersatz loudspeaker (like when you put your phone in a cup or paper towel tube).

Check out the video below;

You can check out more Razr videos on the Motorola US YouTube Channel here.

Motorola has been pushing phones to market at a very speedy pace since the start of 2019 with no signs of slowing in 2020. we now have fresh rumors of another possible Moto device, this time with a stylus.

Motorola is bringing new phones to market nearly every month it seems, and they show no signs of slowing. The Lenovo owned company is due to release the new Razr in only a few weeks, more Moto G8 decides are expected in the spring and Motorola has said they would be getting back into the flagship game in 2020 as well.

Now there are new rumors pointing to Motorola releasing a Galaxy Note-type device with a stylus. Evan Blass, aka @evleaks shared a photo of an unreleased Motorola device featuring a stylus and a shrunken down hole punch camera.

At this point, we don’t know if a) this device will ever come to market and b) will it be another mid-range or a flagship spec’ed device. My fingers are crossed that we will see Motorola bring the heat and try to compete with the Note devices head on. However, based on the recent Motorola trend I think assuming it will be mid-range is a safer bet.

It’s also unknown what type of tech is in the stylus and how it is stored inside the phone. Time will tell!

UPDATE: Evan Blass has leaked that the device will actually be a mid-ranger device known as the Moto G Stylus.

What are your thoughts on a pen-based Motorola smartphone?

The original Motorola Razr was a style icon and launched the phone industry forward in the early 2000’s is set to make a big come back! 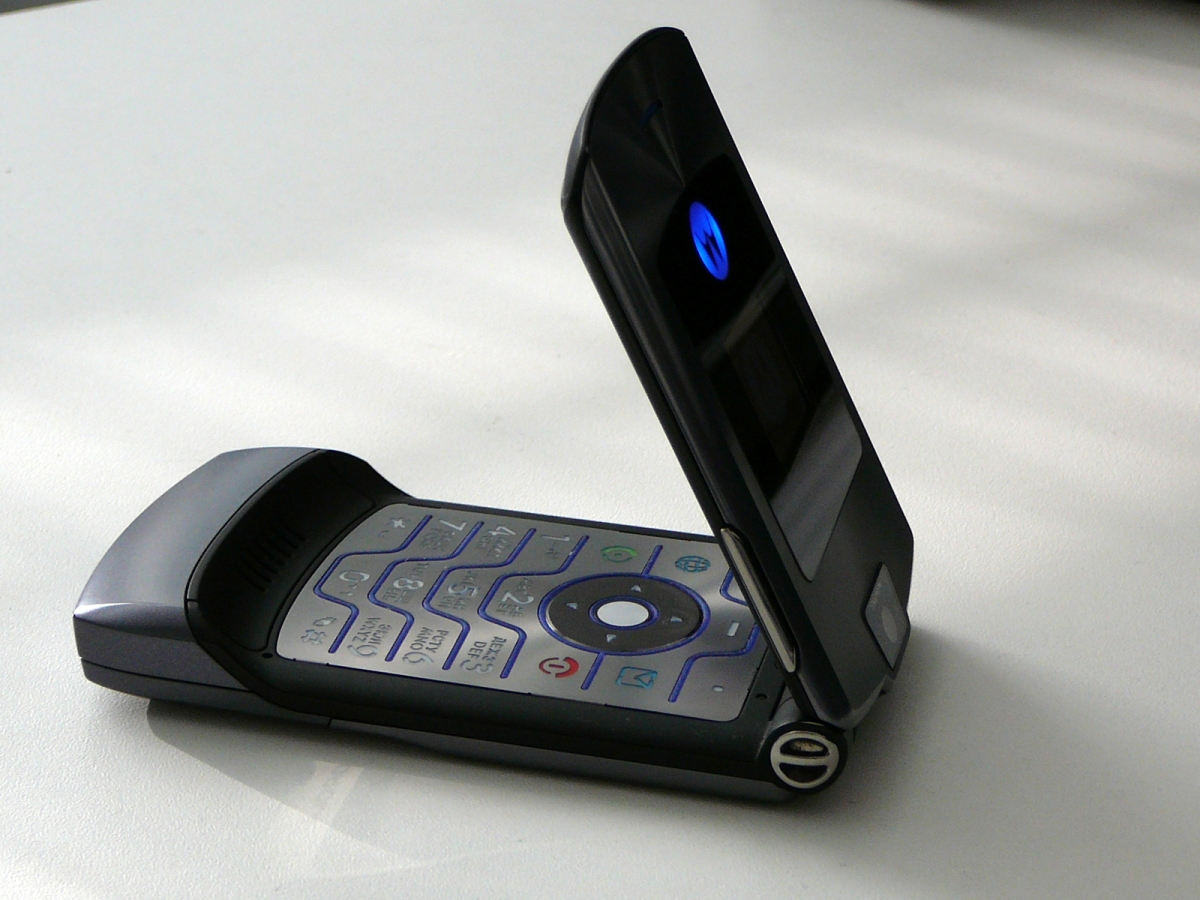 Tomorrow, November 13th, 2019, is (hopefully) going to be a big day for Motorola fans. For the better part of the year, we have been teased with leaks and little nuggets of info about Motorola’s intent to bring back the fabled Motorola Razr, not just in name like the 2011 Droid Razr, but in actual form too.

Motorola is holding an event in Los Angeles on November 13th, where we are finally expecting to see Motorola unveil its first foldable smartphone and I think it goes without saying, the tech community and especially big-time Moto fans such as myself are very very excited.

What We Know About The Moto Razr 2019

The 2019 Razr is expected to come with a 6.3 inch OLED display, folding obviously, with a resolution of 876 x 2142. When closed, the Razr will also feature an 800 x 600 resolution display for notifications and to assist with selfies.

Despite the potential top-shelf look of the Razr, Motorola is filling the device with mid-range hardware like the Snapdragon 710 CPU, 2730 mAh battery, 6 GB of RAM and 128 GB of storage. The cameras, three in total, don’t seem to have leaked yet, but I would like to see something similar to the 48MP sensor found on the Moto Z4 and Moto G8 Plus.

We have seen other manufacturers bring foldable devices to the smartphone market in 2019, but they have been riddled with issues. The Galaxy Fold was a flop during its initial launch and the Huawei Mate X may never see the light of day thanks to the US Governments obsession with blocking Huawei in that country.

Pricing has also been a major talking point for foldable devices, with the aforementioned Galaxy Fold and Mate X having a price point around the $2,000 USD mark. The Razr, if rumours are true, will hopefully come in around $1,500. This is by no means cheap, and in Canada, it will likely tip the scales around $2,000 CAD, but it is a step in the right direction and is likely thanks to Motorola going light on specs hooping to reach a broader audience. The Razr is also not a dramatic departure from the smartphone you are likely using today. It simply folds. The Fold and Mate X are essentially creating a compact foldable tablet, rather than a smartphone.

All things considered, I am very excited for Motorola to bring back the Razr and I really hope it delivers on the nostalgia factor, while also feeling like a step into the future of smartphones.